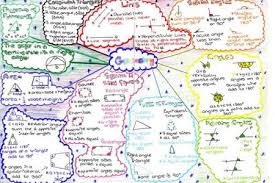 Getting the concepts RIGHT at P5 level is very important so that your child is able to cope with new challenging questions when he is in P6! 😊

If your child is learning ANGLES right now in school... this is the right time to do
MIND-MAPPING (using one A3 paper or you can join two A4 papers to form one A3 paper!)​ with your child to map out the different types of properties of angles that he is learning RIGHT NOW! Draw figures if needed and beatify the map by using different colours of highlighters or colour pencils to make it less boring!!!

​FYI, when comes to P6, there will be no more new properties of angles to be learnt. Students are to recapitulate the properties of angles of what they have learnt in P5 and find unknown angles in a complicated composite figure, i.e. figure that can be made up of more than 1 four-sided figure and a triangle!  Hence, your child can re-use the mind-mapping map that he has created for P6 questions!!! 😊 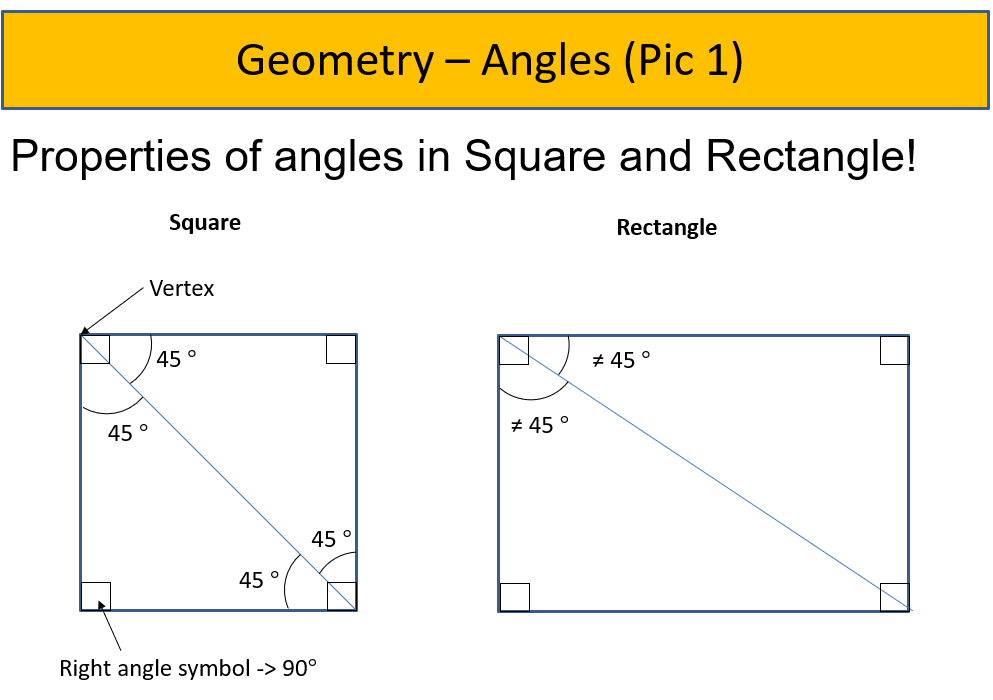 In P5, what types of properties of angles will your child be learning?
They are: 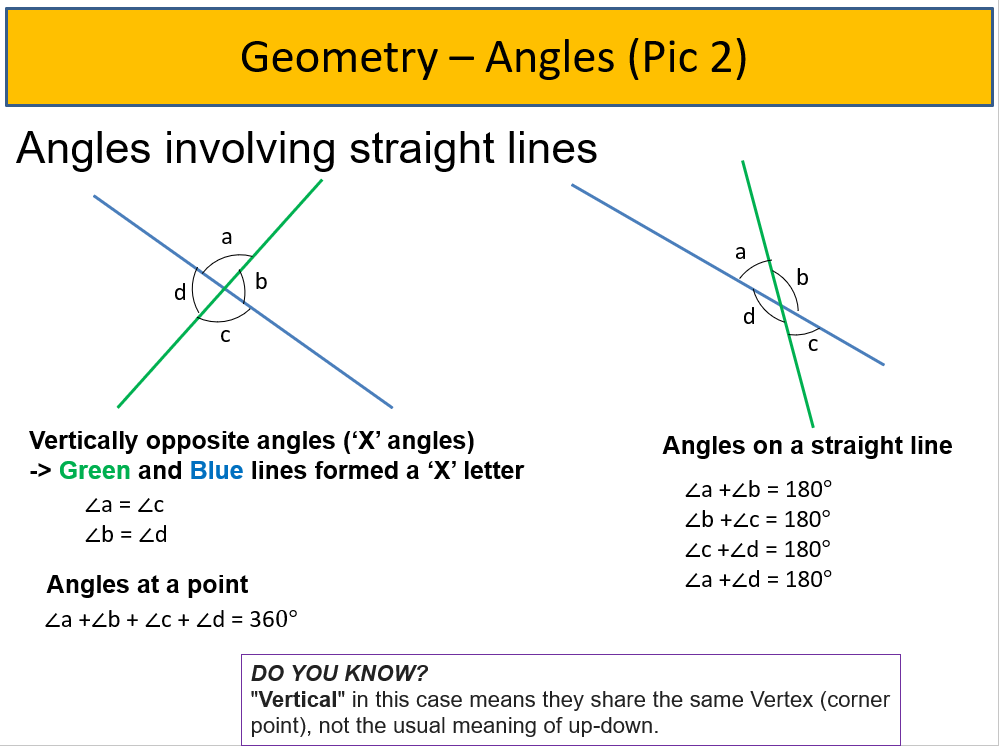 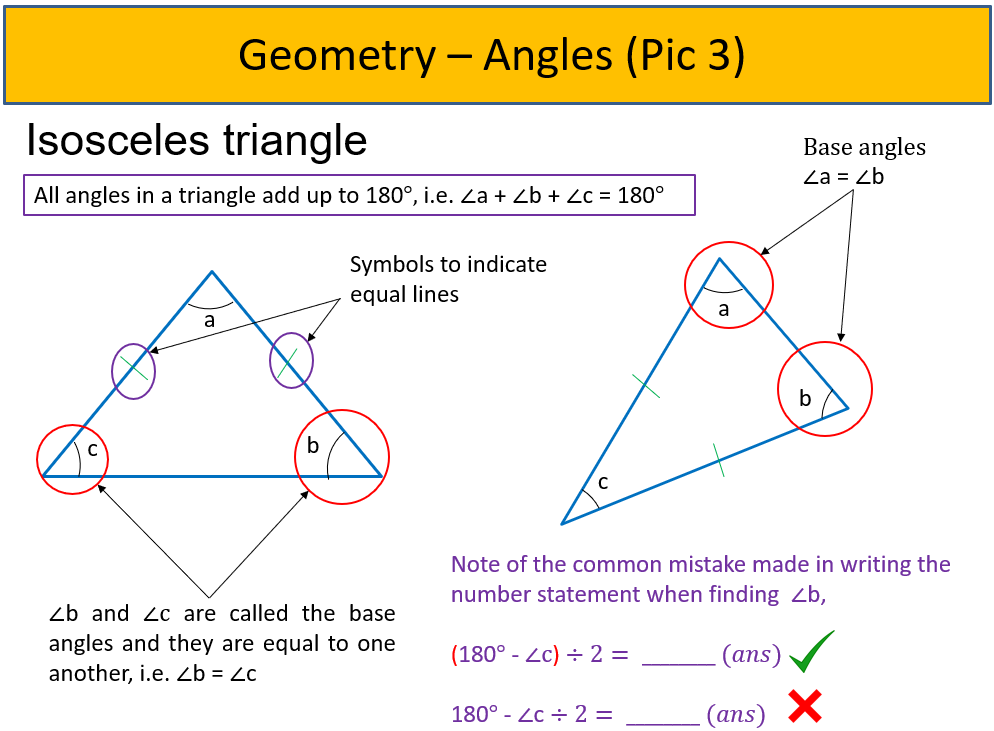 In P5, students will learn 3 new four-sided shapes (beside square and rectangle) and they are: 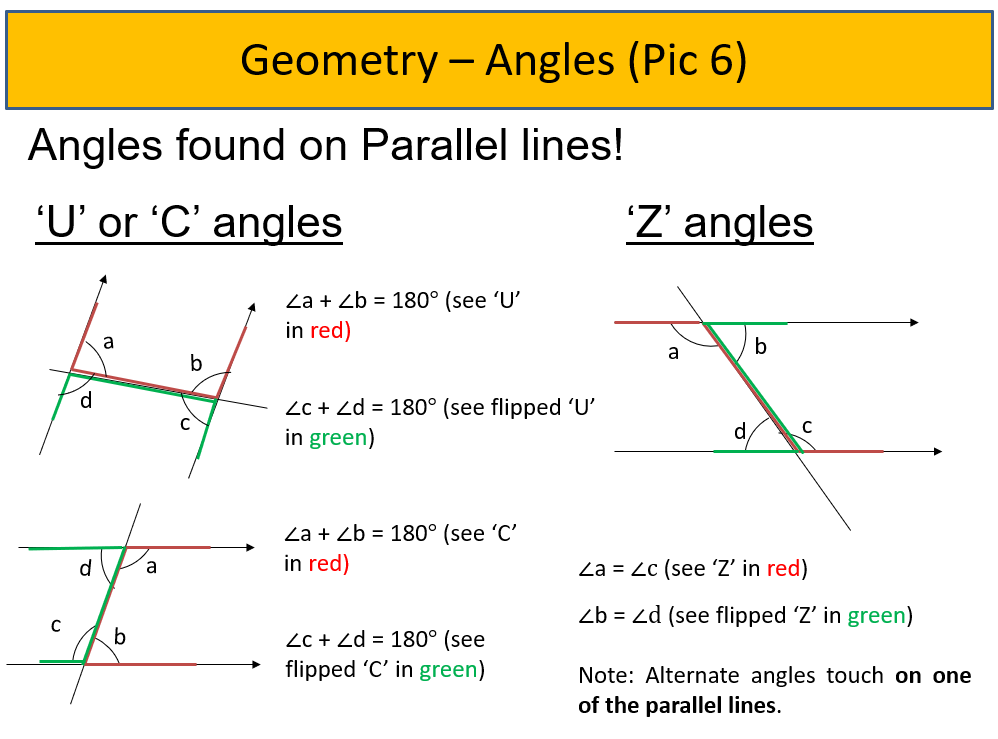 Can the above 2 angles be found in parallelogram, rhombus and trapezium?

Answer:
Of course,yes!! Just draw a line between the 2 parallel lines and you will see the Z angles and more U angles appearing!😁

Small tips that will help your child to find the unknown angles much easier as well as identifying the next property of angles to apply! 😊
1) Mark out the shapes (e.g. rhombus, parallelogram) or ‘letters’ of property of angles (e.g. 'U' angle or 'Z' angle) that can be seen in the figure with different colours of highlighters.

2) Mark out ALL EQUAL lengths for square, rhombus and any straight lines that stated in the questions which are equal to one another e.g. PQ = QR. By doing so, you will see isosceles and/or equilateral triangles magically appear! :)

3) Put in the symbols for parallel lines in the figure! This will help you to see where are the 'U' or 'Z' angles! :)

4) Always write the angles that your child has found into the figure especially if your child has the habit of NOT writing any angle referencing in the number statements! ;p

5) Do NOT make ASSUMPTION! i.e. do NOT estimate the angles! Look out for clues to support your reasoning!
Do NOT measure the angles with a protractor UNLESS instruction given in the question, i.e. you see the word 'MEASURE' in the question.

Hope the above information is useful to your child's learning of angles and has made the topic of Angles much easier to understand! 😊 Get ready all the pens, highlighters or colour pencils and ask your child to work on the mind-mapping for ANGLES NOW!!! 😃